Coding at the CLC – 6 Iroko

6 Iroko enjoyed a day at the Camden City Learning Centre, using coding and programming skills to perform a variety of tasks. Using the Lego Mindstorm tool, they worked in pairs to make the robot move, pause and turn. The children built on these skills to create a sequence, which included the robot turning around a cup and returning to its original position. 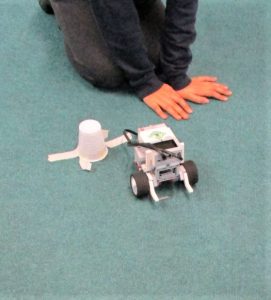 The class were introduced to a movement sensor, which they used to program the robot to stop before it made contact with a wall (like parking sensors). They then used a colour sensor to confine the robot within a rectangle, by programming it to detect the colour of a masking tape boundary. Finally the children worked hard to build a motor with an articulated arm for moving objects (like a forklift truck). 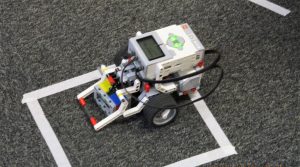 The children learned a lot about robotics, tested their teamwork skills and had a fantastic day!